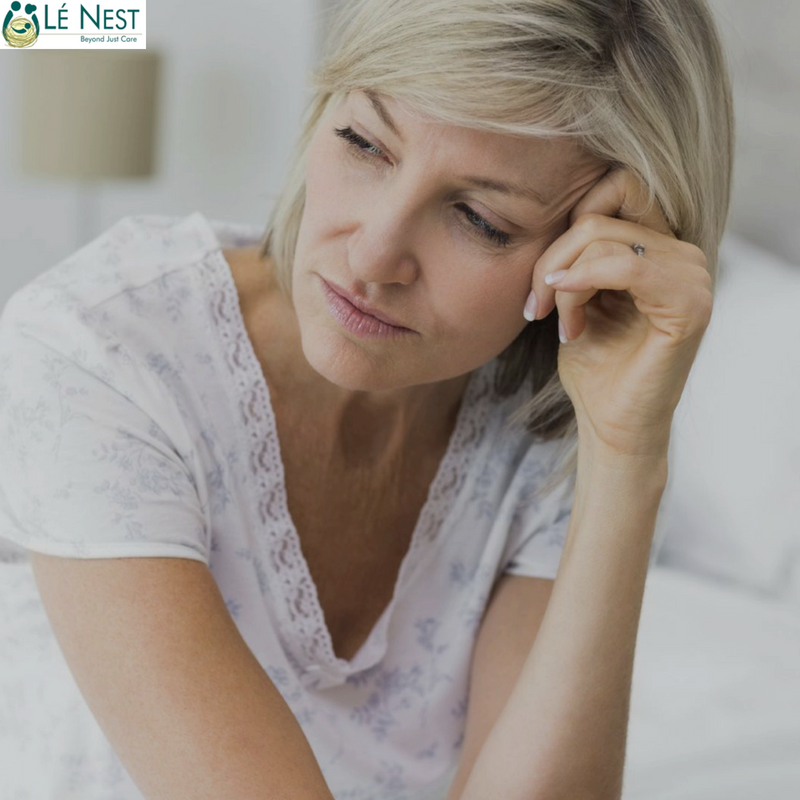 Menopause is a part of the natural aging process for women. It is defined as a womans last menstrual period and marks the end of her childbearing years.

Menopause is a part of the natural aging process for women. It is defined as a woman’s last menstrual period and marks the end of her childbearing years. Each women has a very unique menopause, the time it starts as well as its effects on each woman is different.

A woman will only know she has reached menopause a year after her last menstrual period. The period of time after menopause is called postmenopause. The transition period, referred to as perimenopause, represents the time leading up to menopause (generally 2 to 8 years prior). Perimenopause involves many significant body changes and related symptoms.

As a woman reaches her mid-thirties, her ovaries begin to produce less of the sex hormones estrogen and progesterone. By the late forties, her periods may become irregular and by the early fifties, many women may stop having periods due to the declining sex hormone production by the ovaries. The ovaries gradually run out of functioning eggs leading to menopause. Many parts of the body are sensitive to the changes in these hormonal levels including the vagina, bones, blood vessels, heart, breasts, skin, urinary tract, and digestive system. Hormone levels may sometimes swing dramatically and other times these changes is smoother. As a result, symptoms can be variable and unpredictable.

While hot flashes, and many of the other annoying symptoms of perimenopause and menopause, usually disappear over a period of time, there are potential long-term consequences of hormonal changes that every woman should be aware of, such as osteoporosis, heart disease and cancer.

Bones mass normally reaches a peak in women between the ages of 20 to 30 and then decrease sharply at menopause. As bone mass declines and the strength of bones weaken due to hormonal changes and aging, postmenopausal women are at an increased risk of developing osteoporosis and may fracture a bone.

Since osteoporosis is a condition without symptoms until a fracture occurs. A risk assessment is important to help identify ant problems and start treatment early if needed.

During most of the women’s life, her risk of developing heart disease is much lower than a man’s. However, following menopause, women’s risk increases and about ten years later, it is almost equal to man’s risk.

Estrogen plays a role in protecting against heart disease. It is important for women to recognise and understand the need to incorporate preventive health strategies for heart disease at all points in life, but especially at menopause.

There are many women who are alive and well today because their breast cancer was detected and treated early. Women who are between the ages of 40 and 49 should discuss with their physician the benefits and risks of mammography. Women who are between the ages of 50 to 69 are recommended to have a mammogram every 2 years. Though breast cancer can occur at any age, it is more common in older and postmenopausal women. All women are encouraged to do breast self-examinations to help with early detection.