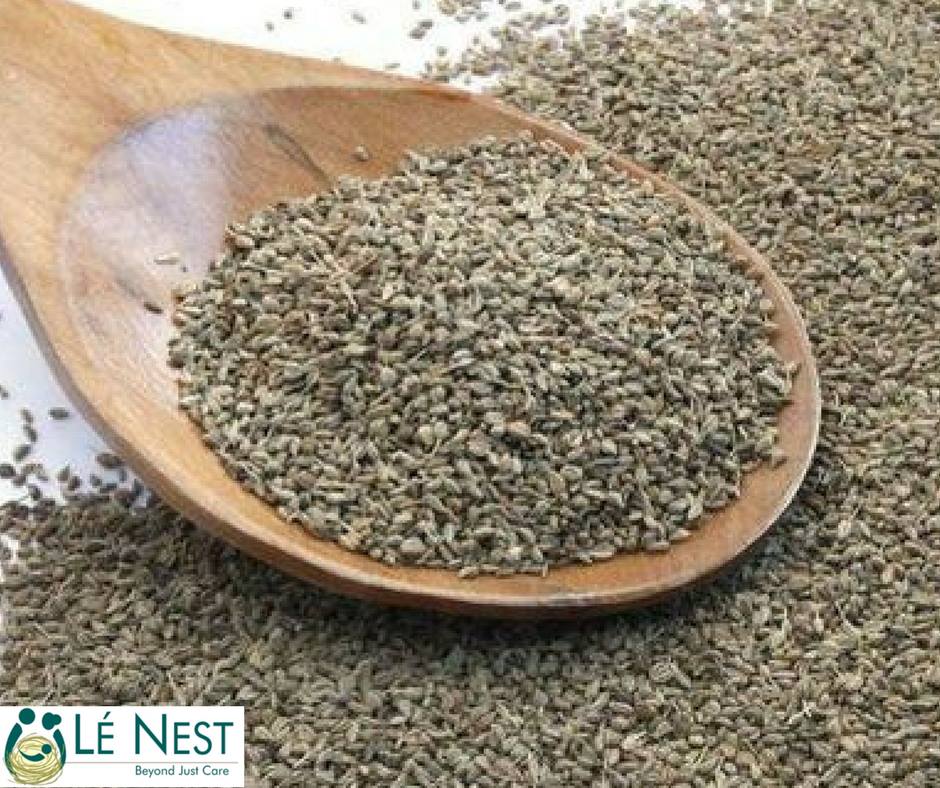 Ajwain is rich in antioxidants and has numerous anti-inflammatory properties that brings relief to chest congestion and helps in dealing with colds and sinuses.

They might taste bitter but carom seeds or ajwain have numerous health benefits which we are unaware of. While our mothers have always suggested having ajwain with warm water and salt whenever we face any digestion problems, ajwain is also helpful in dealing coughs, colds and running noses which come in handy during the winter season. The spice is rich in antioxidants and has numerous anti-inflammatory properties that not only brings a relief to chest congestion, but also helps in dealing with colds and sinuses.

Here are a few ways in which you can use ajwain to treat colds and sinuses:

You can make a soothing herbal concoction with ajwain by mixing it with other herbs. Add 1 tsp of ajjwain, a few tulsi leaves, 1/2 tsp dry ginger powder, 1 clove, 5 black peppers, 1/2 tsp turmeric, 1/3 cup jaggery in 1/2 cup water and bring to a boil. Strain the liquid and let it cool. You can have around 2 tsp of the kada twice a day after your meals for three days to see effective results.

Roast 2 tsp of ajwain on a tawa or a heavy bottom pan until the smell emancipates. Put roasted ajwain in a muslin cloth to make a potli or a thick pouch. You can rub this hot ajwain on your chest. It helps to counter congestion in chest and stuffy nose too.

Take 2 big garlic cloves and dry roast them on the tawa along with 1 tbsp of ajwain. Once roasted, let the mixture cool and add it in a muslin cloth to make a potli. The garlicky ajwain smoke from the potli will help in unblocking nose and easing congestion.

To get rid of a cough and phlegm, mix ajwain and jaggery powder and have 1 tsp of it. Prepare only in small quantities since spices tend to lose their taste over time.

Add ajwain in boiling water to make ajwain infused water and let it cool. You can sip the water twice or thrice for three days to fight cold.

Add ajwain to massaging oil and heat it for a few seconds. When the oil reaches a bearable temperature, massage it on your chest and back. It works wonders to combat cough and cold.